The splash below on empathy from Emi Kolawole at Standford made an impression this week on the creative circles here at Ketchum - it's such a concise, precise explanation of the importance of putting human insight at the heart of design, including communications planning, and good reminder occasionally to get out of your own heads and client briefing documents.

What we want to say is one thing, but probably not the most important  part of communications. Understanding what someone needs to hear probably is.  That requires empathy.

Unfortunately, of all of the virtues of good communicators (and leaders), empathy can be one of the most elusive.

It is for me, at least, but I try to apply a three-step process for finding empathy as offered by a boss very early in my career:

2.  Ask why?  Why does someone feel the way they do.  The emotions themselves can be relatively easy to identify.  The harder part is getting to the underlying causes.

3. Co-create the how.  OK, I don't think people were saying 'co-create' back in the 90s, but the idea holds true: agreeing a solution or way forward together is almost always better than telling them what to do - even if you think you know what to do.

And finally - a bonus fourth point - don't judge. It's the biggest barrier to real empathy.

What's this mean for communications planning?

Simple: if you have not spoken with members of the communities you're trying to engage - a real conversation, the old-fashioned human way, with voices and eye contact - you're probably not going to find real empathy.

And without empathy, no amount of data, analysis or even creative genius is likely to be enough for success.

Immersing yourself in another world not only opens you up to new creative possibilities, but it allows you to leave behind preconceived ideas and outmoded ways of thinking. Empathizing with the people you’re designing for is the best route to truly grasping the context and complexities of their lives. But most importantly, it keeps the people you’re designing for squarely grounded in the center of your work. 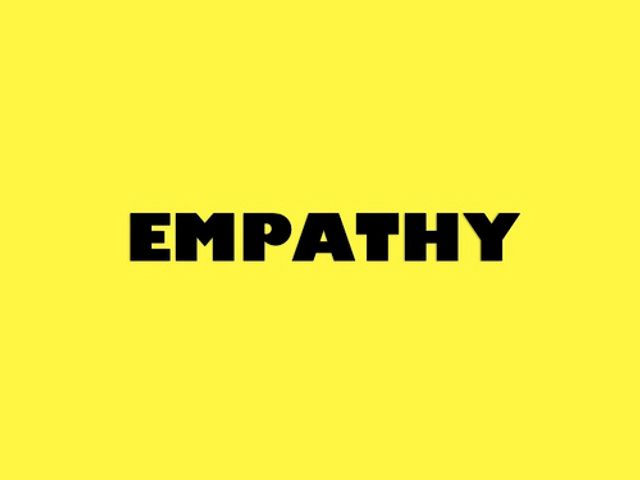